Book your wellness
Book your last-minute 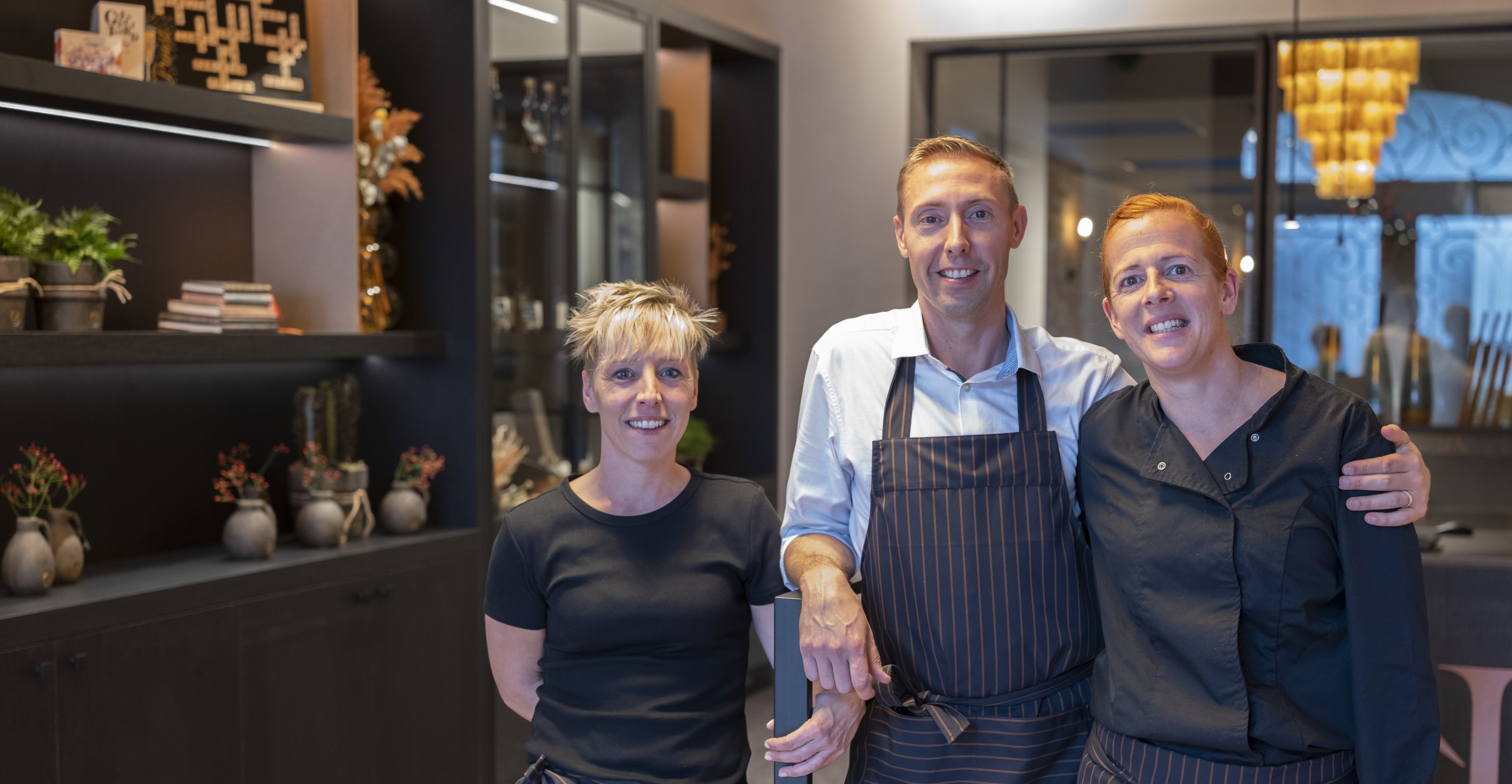 The birth of the Herenhuis and its managers...

The Herenhuis is the parental home of Myriam Vanassche and I - Yves - had a wonderful time here as a grandson! After the passing away of Marraine, I open up this house to also offer you - as guests - a wonderful time for a nice B&B overnight stay - extensive breakfast - satisfying private wellness.

Marraine (= Georgette Govaere) and pépé (= Etienne Vanassche), the original residents of the "Mansion".

In the early 70s of the 20th century Georgette Govaere and her husband Etienne Vanassche bought this stately home in the Roeselaarsestraat. The large entrance gate used to be used to drive through with horse and cart to the factory behind, where brushes and shoes were made.

Georgette, better known as "Marraine" and Etienne, turned this house into a beautiful mansion where their grandsons Rik and Yves had a wonderful time for many years of their youth. The current private wellness used to serve as party room "De schim", which knew great success because of the many gala balls.

Entrepreneurship was already in the blood of both daughter Myriam (and her husband Paul) and sons Rik and Yves. Today Rik runs Huis Vanassche a wholesale and retail business in fresh food, founded by Etienne Vanassche and Georgette Govaere.

Son Yves, together with his wife Virginie, ran Rouge é Blanc in Ingelmunster until August 2022. With great care and respect for this property, he converted the mansion first into a B&B (2015), then into a B&B with private spa (2016), and finally into a total concept with a restaurant, B&B and renovated private spa in October 2022.

Yves Vandenabeele was born on 13 September 1980 as the youngest of two brothers. Parents Myriam and Paul Vandenabeele were already successfully running House Vanassche in Izegem. After the training in marketing and graphic design, Yves helped in the company from September 2003 until September 2010. Together with his brother Rik he was the manager.

In the company he met Virginie Delefortrie as a talented kitchen assistant. The friendship grew into a great love with the marriage on 10/10/2009.

From 10/10/2010 to 15/08/2022, he and his wife Virginie successfully ran Rouge é Blanc in Ingelmunster. Yves' big dream was to be able to open the house of his grandmother Marraine (= Georgette Govaere) to connect people. After 13 years of waiting, this dream could finally be fulfilled.... In October 2022, the Herenhuis will open with private wellness, breakfast, restaurant and B&B.

Virginie Delefortrie, born on 13 October 1983, trained as a restaurant owner. Until September 2007, she worked at the restaurant 't Stampkot in Gullegem in both the kitchen and the dining room. During the three years that she worked at Huis Vanassche as a kitchen assistant, her job gradually expanded.

Yet the catering bug got to her and she wanted to go back to what she loved doing most: preparing delicious meals with an eye for detail... In 2010, she and Yves became the proud owners of Rouge é Blanc... Their love for the Herenhuis however remained and in October 2022 the Herenhuis will open its doors to offer customers private wellness, good food and accommodation.

Andres Vandenabeele, born on 02 November 2011, is the son of Yves and Virginie. He loves animals and rides a horse himself. He has a dog called Tiger (Shiba inu) and sometimes helps out in the kitchen and the bar.

This hip, single mum and a real spring chicken was born on 4 June 1982. She worked for years as shop manager and retail manager for Fred and Ginger. Last year, she first worked as a flexi to strengthen our team, but when Fred and Ginger went bankrupt, she decided to join our team permanently as an extra manager.

Together with Virginie, they share the passion to make breakfast a very enjoyable extended experience and put a lot of love in the preparations of the breakfast formulas. Besides food passion, she also shares a great love for zumba and piloxing and makes sure she burns a lot of calories with her customers every week as a zumba and piloxing instructor.

Your experienced and hospitable team...

Yves, Virginie and Severine and their team make you feel at home in our house. With passion for the profession and love of "soul food and drinks" we want to give you an unforgettable experience.